Tales From The Desktop – New Feature

Against our better judgement, we have decided to publish a regular new feature ‘Tales from the Desktop’ by F Stop. This is an in depth look at camera clubs from should we say a slightly different perspective.

We have had a word with F Stop and decided a little illustration may help the readers in setting the scene. So read on and “we can see a face of Agatha” in there. Only the names have been changed to protect the innocent, Thanks to F Stop and we hope you enjoy Episode 1:

It was a Tuesday evening in deepest, darkest Wroxall. Gerry, who ran the local photographic digital imaging group, was sat at his computer. The house was silent except for the gentle sound of sobbing. It was Gerry who was sobbing as he gazed, with bewilderment, at the images that had been dropping into his inbox all evening.

As a part of his, apparently forlorn, attempts to educate the members of the group into the wider aspects of photography and picture appreciation he periodically set tasks with the idea that the members take pictures that, hopefully, are inspired by and adhere to, the chosen theme. Once a month the pictures are shown and commented on.

The previous task had been a complete shambles. For many weeks previously Gerry had been debating the meaning of abstract with Percy. It had therefore been with great trepidation that Gerry had agreed to Percy’s suggestion that the previous task should be “Ryde Pier abstract”. Everybody else had understood the task and he had been able to show numerous wonderful abstract images of Ryde Pier. Then there had been Percy’s entry. He had suggested the task so by what warped misunderstanding of his own suggestion had he submitted 25 perfectly exposed and composed pictures of Sandown Pier?

For the current task Ivan had suggested “Homage to HCB”. How simple was that? Surely everybody knew that HCB was an affectionate reference to Henri Cartier Bresson, one of the greatest photographers that had ever lived. 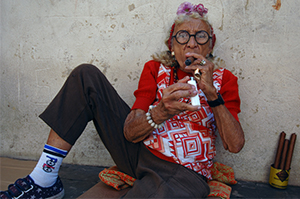 asked if “HCB” was an acronym for hairy canine bottoms? However, that did remind Gerry that his pencils needed sharpening! A task interrupted by Agatha with a much needed cuppa and much not needed observation that she could see a face in the shavings. Gerry sobbed louder.

Through his tears Gerry contemplated the entries so far.

The first batch of pictures had been from Charlie. Owner of the “Push to drive” fleet of MOT failures masquerading under the guise of luxury hire vehicles Charlie’s trademark was to try a bit of self-promotion by including one of his vehicles in every one of his pictures. His covering mail had started “HCB of course means hire cars and buses……” which meant that Gerry had spent the next 40 minutes ploughing through Charlie’s entry which encompassed every vehicle in his fleet photographed with every permutation of camera body and lens he could dream up.

Things had not improved with the arrival of Vincent’s entry. Not only did Vincent hail from the north island but he hailed from uncharted areas north of Watford. He spoke in a strange tongue that, despite his having been a member for several years, no-one understood. Was he dyslexic as well as incomprehensible wondered Gerry as he had stared at Vincent’s covering mail which read “HBC can, to a northern lad like me, only refer to Hartlepool Borough council….” And it was with even greater despair that Gerry had ploughed through a selection of images depicting various municipal buildings in strange, previously unheard of, northern wastelands.

Thoughts were interrupted by the “ping” notifying the arrival of a new mail. It was from Beryl one of the newer, and more enthusiastic, members. Having initially been made to sit in the front row, on what had become known as the naughty chair, where she could ask unlimited, and invariably pointless, questions she had by degrees been allowed to mingle with the reprobates that made up the group. This might not have been a good move mused Gerry as he read her mail which read “As an enthusiastic sports photographer then to me HCB can only mean the Hampshire Cricket Board…….. “Through his tears Gerry read that, with it being the football season, Beryl had not been able to photograph a cricket game but she had gone through her archives and as a former teacher had found some pictures of kids at her school playing cricket that she had taken whilst on playground duty. However, ever mindful of lectures given by the Ancient Mariner turned lawyer on the issue of the photographer and the law she had pixelated the images to disguise the identity of the kids and the school………..

Surely someone would send in something that had, at the very least, some sort of passing resemblance to the task?

Another “ping”. With baited breath Gerry opened the mail from enthusiastic wildlife photographer Cecil. “There is only one butterfly that fits the brief and that is the Hesperiidae Chequered (Skipper) Butterfly……..”

Yet another “ping”. This time the mail was from Walfred. Some sanity at last thought Gerry – he uses the same camera as me! However, hope turned to even greater depths of despair as Gerry read “My next door neighbour is Henry Charles Braithwaite……”

Gerry read no further. “That’s it” he screamed. “I’ve had enough of this. They can have an entire evening of critiquing! Now where did I file that folder of squirrel pictures……….”