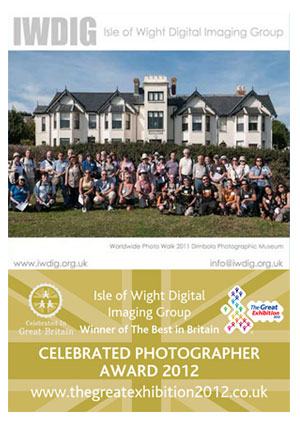 IWDIG Photographers were nominated last year for the Great Exhibition Awards 2012, as part of a nationwide competition to highlight the country’s best.

“Having accrued 220 votes, we not only topped the poll for photography in the South East region but for the entire UK.”

“Its great to have recognition for so many of our enthusiastic photographers.”