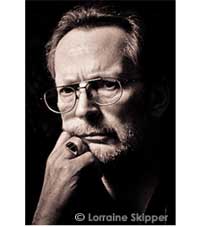 Our own Ian Mitchell LRPS has been invited to regale members of Niton & District Camera Club with an interesting, if not cultural, photographic travelogue of his many visits to Cuba.

Not only an accomplished photographer but well known Isle of Wight Angel Radio presenter, Ian first visited Cuba in April 1997.

Ian will present a digital diffusion of celebrity gossip, music, history, politics and of course photography from his fascinating journeys.

In 1961 Jan Olofsson was in Hamburg where he became friends with some young lads from Liverpool who were playing in a band at the Top ten Club. The band went on to fame and fortune and Ian found himself back in Cuba in December 1997, attending the 2nd annual Cuban Beatles convention!

Ian will recount meetings with, amongst others:-

In between Ian had his Nikon in hand and will be showing a selection of images from his travels (avoiding the all-inclusive resorts as far as possible) through this intriguing and fascinating island.

Entrance is £3 to include refreshments.

You can follow Ian on his journeys here: www.ianmitchellphotography.com/website

« IWDIG Man From Ventnor Antipodean Journey Part 1 Something for the Weekend: Clocks Go Back »